The Market Efficiency of “Smart Money” During the Tech Bubble | Pioneer

The Market Efficiency of “Smart Money” During the Tech Bubble

About the Scholar: Kevin Li grew up in the United States and attended Naperville North High School in Naperville, Illinois

The “efficient market theory” hypothesizes that professional investors at major financial institutions are less prone to make trades influenced by emotion than individual “noise traders” and retail investors. Kevin observes that the collapse of the tech bubble showed that this theory “became null and void during the bubble.” His paper identifies two major factors that hampered professionals from doing their job: the consistent overvaluation of potential earnings, failing to value stocks fairly; and the failure to rein in the volatility of trading. The conclusion is that market professionals acted from emotion, despite guidelines meant to prevent such behavior. 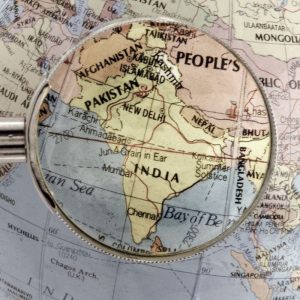 Humanities 1
About the scholar: Vardaan Tekriwal grew up in Indonesia and attended the Jakarta Intercultural School in Jakarta, Indonesia The Research: […]
PrevNext
We use cookies on our website to give you the most relevant experience by remembering your preferences and repeat visits. By clicking “OK”, you consent to the use of ALL the cookies. Read More
OK
Manage consent